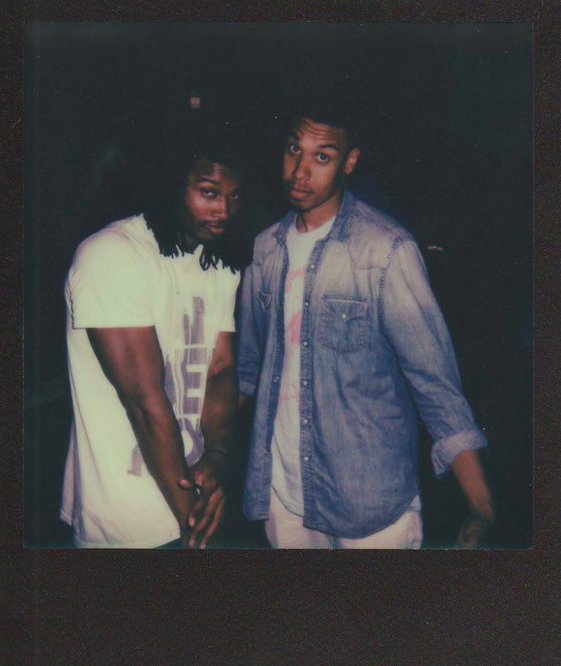 Who knows more about Kanye than Kanye? Comedians Chris Daniels and Rob Haze might. In fact, the two have a podcast based around everything Kanye West. “Book of Ye” specializes in Kanyeology; they discuss the music, the history and recent news involving Kanye West. On Thursday, November 17th, the podcast will be taping live in Chicago, at the Promontory venue during the Chicago Podcast Festival. Comedy Hype caught up with Rob Haze and Chris Daniels to discuss Kanye West and the “Book of Ye” podcast.

CH: What was the inspiration behind starting the podcast?

Rob: When I met Chris, he was aiming to write and produce a play about Kanye West. I recommended a few Kanye interviews that he should check out for research purposes.

Chris: We make a good team. After realizing that we both shared a similar passion, we decided to join forces and do a podcast about Kanye.

CH: So far, you’ve had awesome guests on every episode of the podcast. Is there someone you’d like to get on the podcast, that you haven’t already talked to?

Chris: Besides Kanye, I’d really love to have DeRay Davis on. DeRay is special to the Kanye story, because he did the Bernie Mac voices on “College Dropout”. Also, people like Miri Ben Ari, who played the violin on several Kanye songs.

Rob: I would love to talk to people that are behind the scenes. Like, Mike Dean, Plain Pat and No ID. People who were instrumental in Kanye’s career as a producer. I think hearing those stories would make for interesting episodes.

CH: If you had the opportunity to talk to Kanye on “Book of Ye”, would that be too weird? Talking to Kanye about Kanye?

Rob: [Laughs] I think we could do it. The only thing is, our episodes usually run for an hour. Kanye is busy and doesn’t have the time to do an hour-long podcast. So if the opportunity came our way, we’d have to be extremely prepared, because we want to make sure we ask the right questions in the short amount of time we’d have with him.

Chris: Exactly. I’d want to go beyond the typical questions people would ask Kanye. He’s very intelligent and there’s things I’d want to discuss with him, that no one has ever discussed with him before.

CH: In the theme song of the “Book of Ye” podcast, there’s a clip of Kanye saying he’s the #1 most impactful artist of our generation. Do you guys think that’s true?

Rob: One hundred percent. If you look at artists who came after Kanye, there’ve clearly been influenced by him. Just like in the 80’s, there was a clear influence of Michael Jackson among artists. Every video after the “Thriller” video has some elements of MJ. It’s the same with Kanye’s influence.

Chris: I would totally agree. If you look around, you’ll see how much Kanye West has truly impacted our culture. From the music to the fashion, Kanye West is hugely responsible for the culture we live in today.

CH: Kanye has dated some really awesome women. Who was your favorite Kanye girlfriend?

Chris: You know what, I’m going to go with Tracee Ellis Ross. Tracee was Kanye’s Ex-girlfriend in the “Touch The Sky” video.

CH: What are your top 3 favorite Kanye albums?

CH: Thursday, November 17th, your podcast “Book of Ye” is taping live in Kanye’s hometown of Chicago, at the Promontory venue. What can we expect at the live show?

Rob: Anytime Chris and I do the show in front of a live audience, there’s always a lot of high-energy and we have fun. We will also have surprises and very special guests joining us.

Chris: We’ve done the podcast live before, but this will be the first time we’ve done it at this magnitude. We plan making sure the energy is felt throughout the entire venue. We’re very excited to bring you a good show.

See the “Book of Ye” podcast live at Chicago’s Promontory venue on November 17th, during the Chicago Podcast Festival. Tickets are here.