Approaching our last set of interviews for our Guy Code Week on Comedy Hype, we talk to Chris Distefano. The Brooklyn molded comedian speaks on family, working alongside JB Smoove, goals, and how he became discovered for Guy Code.

CD – Got to love Eddie Murphy. Who doesn’t love him? Don Rickles, if he’s from Brooklyn. That’s my guy too, cause he’s 85 years old still doing comedy.

CH: ITALIANS SEEM FAMILY BASED, DO YOU INCLUDE YOUR FAMILY IN YOUR COMEDY?

CD – I do. My dad is Italian, but my mother is actually Irish. I don’t speak so much about my mother in my stand-up routine. Most of my comedy is about my dad. I embellish my dad’s characters for the comedy, but that dude really exists. Growing up my dad was like this larger-than-life, shady kind of character that I didn’t know what he did for living. I was always meeting guys with black suits and chains on, with their hair slick back. Just these guys I would see at my father’s barbecues and you would open up the newspaper and they would be in the paper for mob related stuff. I was like, “Oh wow, is this my family right here?” But you know, my dad calmed down with it a lot lately. He’s a totally different dude now. But my comedy that I do on stage is based really off my dad’s character. It is a combination of my actual dad, but really its more stuff that his friends did. His friends, I would call them my uncles- he would ask me to call them my uncles. They really weren’t his brothers, they were just his close friends and they were really wild, like maniacs, in and out of jail. So I always knew that, ‘cause my mom is very educated and my dad is like a street thug. Growing up with that balance of understanding that I’m in the world where there’s a lot of crazy stuff happening but trying to always be self-aware and realize that this stuff is funny. I don’t want to be a mob dude or get involved in illegal stuff but I can make fun of it in my act.

CH: SO IN THE MOLD OF A RAY ROMANO?

CD – Definitely that kind of thing! My comedy at times gets compared to his. We grew up in the same neighborhood; we went to same high school. So there are comparisons there. My manager was his agent 10 years ago. I definitely look up to him. What he has is exactly what I would want. Still never met or spoke to him and I would love to. But definitely in that Everybody Loves Raymond type mold.

CH: IF YOU WEREN’T A COMEDIAN WHAT ELSE WOULD YOU BE DOING?

CD – I was a pediatric physical therapist, so I’d probably still be doing physical therapy and playing basketball on the weekends. I think I’d always want to be involved in entertainment. But they are comedians who live their whole life to write jokes and be the greatest ever and that’s cool! I respect them for that, but that’s just not what I want to do. I have an education and am like a highly skilled professional and I like doing that too- working with the kids, being a PT.

CH: WHAT ARE YOUR COMEDY GOALS?

CD- Everyone has a reason or a goal like, “I want to be the greatest stand up comedian ever” and maybe I do, I don’t know, but I just want to talk about my family. I talk about my family and the things that happened to me. I don’t really care to make a political joke or a joke about pop culture. Its not that I cant, I just have no interest in them. Like, I have zero interest in making fun of Kim Kardashian and Kanye West or making fun of Republicans and Democrats. They’re all just people – I don’t care. I have an interest in making fun of myself, like I self-deprecate a lot, making fun of my family and myself, but in a good way. My family watches my stuff and they’re like, “Hey that stuff you said about us, that’s not really even true,” and I’m like that’s what comedy is – you take some of the truth. It’s basically like a seed of truth and a web of lies. Everything can’t be told exactly how it happened because it’s not funny exactly how it actually happened. All I’ve ever wanted to do in this career is write a sitcom about my family, like that’s it! That’s like my goal in all of this. So once that happens, I don’t know. I mean, I was a physical therapist; I have a doctorate degree in physical therapy. I love my life right now and doing this, but the goal is to write a sitcom about my family. If that happened, maybe I’d move on to something else.

CH: HOW DID YOUR JORDAN COMMERCIAL WITH JB SMOOVE COME ABOUT? DESCRIBE THE EXPERIENCE…

CD – That was awesome! It was crazy! What actually happened was the company that I’m managed by; JB Smoove is part owner in the company. JB got the commercial and it was just going to be Carmelo Anthony and JB and Carmelo said, “I want to have a white guy in this, a white New York funny guy in there.” So JB and the company I was with, gave them a few names and Carmelo actually said “Yeah that’s that dude from Guy Code. I like that show.” So it was kind of cool because Carmelo watches Guy Code, knew me from the show and picked me to be in the commercial. I never got a chance to meet him. They were out of town playing the Bulls when we were filming. I can’t believe that many people saw it, and then you know… Jordan. The perks of being in the commercial like that! Not only do you get national exposure, you get paid, but Jordan hooks you up too. They’re like, “Anytime you want sneakers, just e-mail us.” So yeah I’ve got the Jordan connection and now my friends always ask and everyone wants Jordan’s now.

CH: CHRIS ROCK RECENTLY TWEETED THAT JB SMOOVE SHOULD HAVE A LATE NIGHT SHOW. WHO OF YOUR GUY CODE CAST MATES WOULD HAVE BEEN THE BEST REPLACEMENT FOR DAVID LETTERMAN?

CD – I would say Charlamagne Tha God. I think Charlamagne’s skills as a broadcaster/ radio personality; all the skills to carry on a conversation with a guests. I think those are skills that you are naturally born with and also excel at through hard work and I think Charlamagne exhibits that. I wouldn’t be surprised if he did get a late night show at some point in his career.

CH: YOU ARE A CAST MEMBER ON GUY CODE, GIRL CODE, OFF THE BAT, AND GUY COURT. DESCRIBE THE PROCESS OF GETTING ON MTV FOR YOU.

CD – How I first got on MTV was, I just went out for this audition for a show called Epic Fail and it turned into this show called Failousify. It lasted one season, two summers ago. They cast me to be in the pilot. I just went in on an open audition and they picked me to be in the pilot. That’s how I got in front of the MTV casting people. At the time Guy Code was in its first season and there were no spots open. Then, in the second season, they decided to re-open the cast and the people who cast me for Failousify gave my name to the people at Guy Code – Ryan Ling and Darin Byrne. They called me in to read a topic and basically shoot an episode of topics they shot in the first season just so they could see if I stick out and if I’d be good enough to be in the cast. They got back to me said that it was good and all that. They told me they would just give me one episode; it was a spring break episode and they said, “You’re just going to do this one.” So I did that one and then they called me back and told me, “We want you to do two or three.” So I did the two or three, and they signed me up for the whole season. I did about 10 episodes of the second season but the third season is when I started to become an integral part of the cast.

CD – My brother would be Damien Lemon. I would want him to play my brother. Because number 1, he’s already been in a movie (Spiderman, shout out!). We do a lot of stuff together; I think we’re very similar. There are times when I think we are brothers and I just don’t know why one of us is black and one of is white. I don’t know if he has a skin condition or if I have a skin condition. But I feel like we come from the same family.

CD – Hmm…What would the title be? One black, one white? Distefano and Damien? The D train… Ride this D train ladies!

CH: YOU’VE DATED A CO WORKER. WHAT IS GUY CODE FOR DATING A CO WORKER?

CD – I’m all about living your life. If you like a girl who you work with than go for it. If you like her so much that you’re willing to get fired over it, maybe she’s the right girl. Or maybe you’re an idiot. But you’re going to figure it out. Either you’re going to marry her and realize 10 years later that you made the right choice or you’re going to be broke and be like, “Damn, I fucked up.” But I’d say go for it. Every situation is different. I don’t want to date a girl in the business. I don’t want to date a girl with a head shot. Not that there’s anything wrong with it, I just rather have a girl who’s not in this business at all. It’s just so much stuff that comes along with this. I want to marry like a schoolteacher.

CH: ON GUY CODE THEY HAVE A SEGMENT CALLED “DON’T JUDGE ME.” WHAT’S ONE OF YOURS?

CD – I’d pee in the sink #dontjudgeme… A lot of people pee in the sink. I can’t believe that I’m the only one. It aired on the show and people were coming up to me like, “Bro do you really pee in the sink?” I go, “Who doesn’t pee in the sink?” I’m not saying I’d pee on the dishes, and even if I did, they’re dirty. I’m going to clean them. Also, sometimes when I run out of toothpaste I put shampoo on my toothbrush, and brush my teeth with shampoo #dontjudgeme. Its weird… 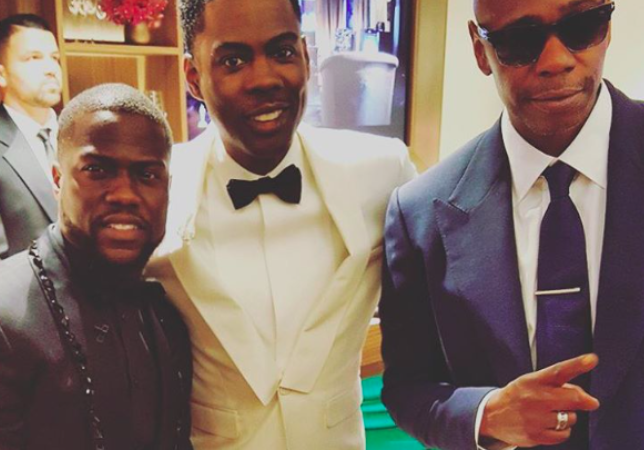 Read More
Time and time again, Kevin Hart’s name has come up in conversations on his ability on stage. Over… 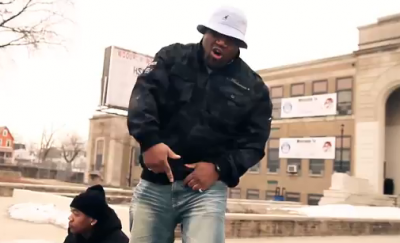 Read More
Comedy is no joke. On saturday night at Atlanta’s Uptown Comedy Club while headlined by Donnell Rawlings an… 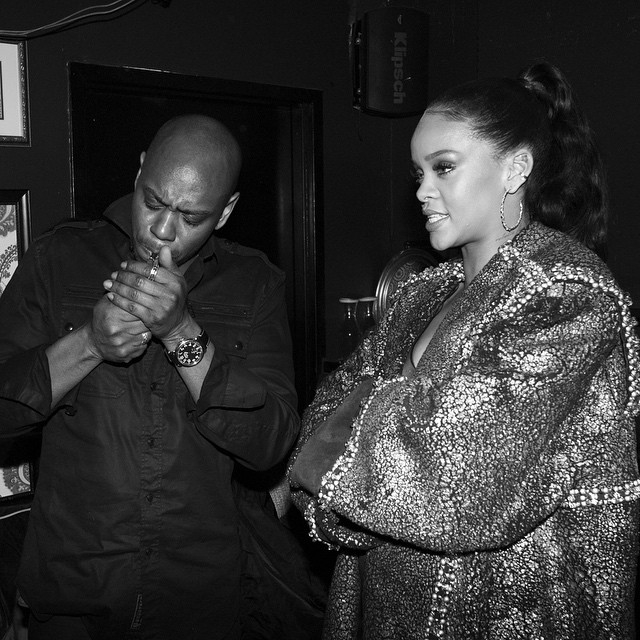