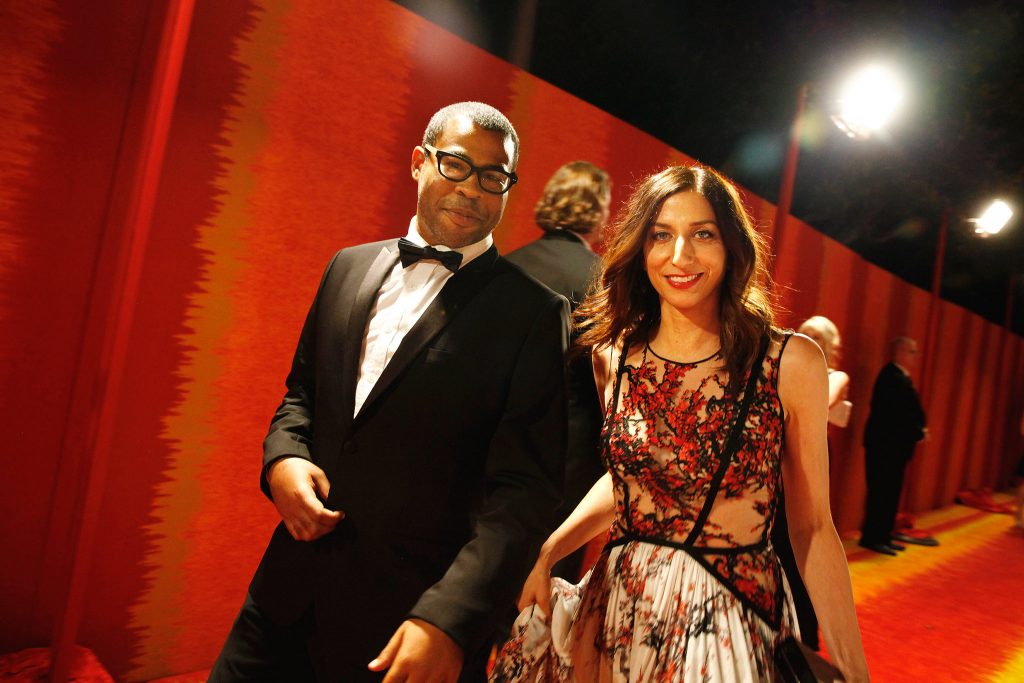 We all looked to have missed this news but Get Out creator Jordan Peele is now a first time father. The recently married comedian stepped into fatherhood early this month when wife Chelsea Peretti had a baby boy, Beaumont Gino Peele. The news is finally surfacing on the comedian couple’s news addition and it’s never too late send over congrats.

Actors Jordan Peele and Chelsea Peretti just took on the roles of mom and dad. The funny duo welcomed their first child, a baby boy named Beaumont Gino Peele, on July 1, E! News reported Monday. Peele and Peretti, who married in April 2016, announced they were expecting in February.Peele rose to fame as a member of the comedy duo “Key & Peele” alongside fellow comedian Keegan-Michael Key, and achieved critical success earlier this year as the director of the horror flick “Get Out.” Key told E! News recently that he had high hopes for his buddy’s first child. “It’s going to be a funny kid,” he said. “That’s going to be a funny funny kid.”