Michael Blackson as mentioned is not slowing down the Kevin Hart jokes. At a recent show in Boston on Friday night, Blackson would dedicate some of his time on stage to take further aim at Hart.

During a recent visit to The Breakfast Club, Kevin would go on to express his issue with Blackson making jokes about his infidelity scandal. Hart’s main issue was that he felt that the two comedians were friends and that the ongoing jokes were something a friend wouldn’t do. As far as Blackson, he feels that by being a comedian, it’s his job to make fun of topical things happening in pop-culture.

In his latest round of jokes at Kevin, Blackson would make more insults about Kevin’s height and would go on to defend his stance on making jokes.

TMZ has obtained footage from the night, check it out! 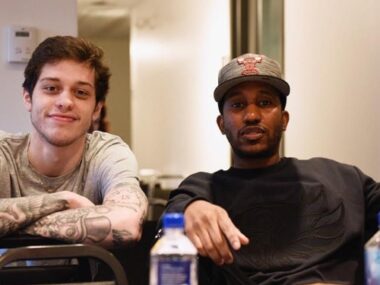 Read More
If you didn’t know Chris Redd and Pete Davidson have created their own music group called ‘Gooney Tunes’.…

Read More
As they continue the current season of Key And Peele on Comedy Central, Jordan and Keegan talked with…