It turns out that Chris D’Elia’s spoofing of rap giant Eminem has come full circle. END_OF_DOCUMENT_TOKEN_TO_BE_REPLACED

A new episode of Complex’s series ‘Sneaker Shopping’ is here and this time Chris D’Elia talks with host Joe La Puma to go over his shoe taste. END_OF_DOCUMENT_TOKEN_TO_BE_REPLACED

Netflix is heavily investing in the space of stand-up comedy as it has now been revealed that the network is preparing to kick off an international stand-up series.
END_OF_DOCUMENT_TOKEN_TO_BE_REPLACED

Chris D’Elia is ready to give his fans another dose of fresh material for the stage as he has announced, The Follow The Leader tour. Today in a post on his Instagram D’Elia shared that his new tour will feature all new material and that he will be announcing more dates as the tour rolls out. Here’s what Chris had to say about the tour, below.

“I am proud to announce my brand new tour. It’s called “Follow The Leader”, Completely new and different material from my last special, “Man on Fire”. Something else that’s different too is that now I am a cult leader… and this is the beginning. Us Babies won’t back down until we have a log cabin in the woods and are all wearing white cloth talking about things in very calm voices. No chairs. We sit on the ground. We feel the earth (but sometimes I get to sit on chairs still and also there will be chairs at my shows because they will be in theaters but whatever…” – Chris D.

Check out the first 9 cities D’Elia will be hitting

Chris D’Elia dropped in on the people over at Complex to chime in on a few things apart of their The GOAT Show. For his time there, D’Elia went to discuss why he dislikes as few of DJ Khaled’s snaps on Snapchat, some of Justin Bieber’s noteworthy outfits, and some of the greatest actions stars. Press play and enjoy D’Elia’s commentary. As you may know, Chris just premiered his newest comedy special on Netflix. 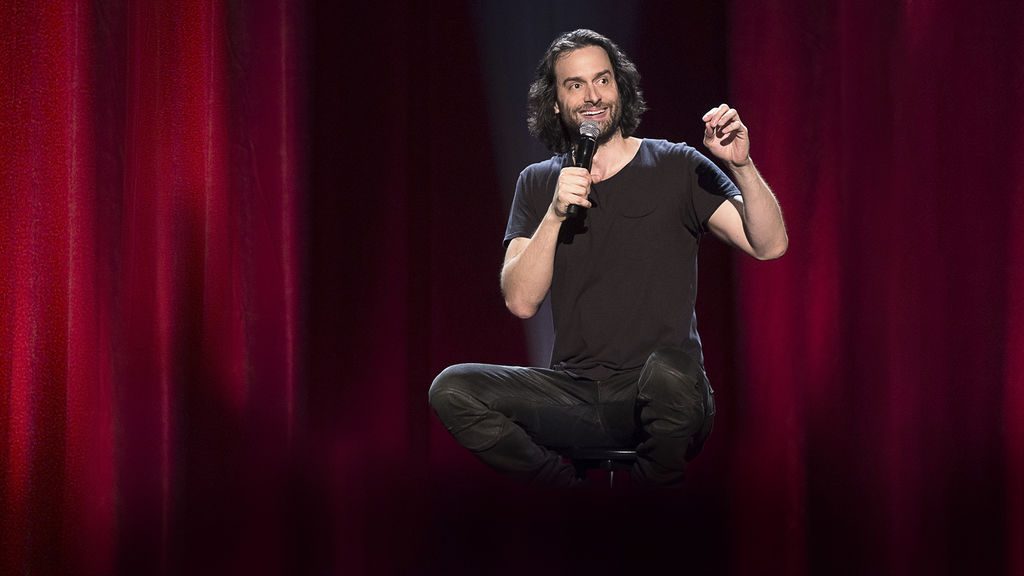 Netflix has been cranking out comedy specials this year by offering some of the culture’s biggest names in comedy. Just this week, Chris D’Elia premiered his third hour special, Chris D’Elia: Man On Fire. The comedy special comes after Chris’s recent venture into Drama with upcoming film Life In A Year starring Jaden Smith. Comedy Hype had the chance to talk with Chris about the special, his plans, creating, and how Denzel Washington’s movie ties into his newest special.

CH: How did you come up the title Man Of Fire for this newest special?

I’m usually really organic when I pick a title. I don’t really plan it out like that. I just had an idea when I was coming up with this material, that everyone thinks they’re important. But everybody is just themselves and we are all in it together. It’s funny how people identify with lead characters in movies when you’re nothing like that person. I thought one of the coolest leading men was Denzel, and Man Of Fire just made since when I was talking about it on stage.

CH: Speaking of Denzel Washington, what is your favorite Denzel film?

CD: The one he should have got the Oscar for I thought was Hurricane. My personal favorite is when Denzel is the bad ass guy with the gun trying to find someone and that’s what he exactly was on Man On Fire.

CH: Was there a reason why didn’t go with an elaborate introduction for this special?

CD: Some people do that. To me that’s just a different thing. I wouldn’t say I would never do that. I just like having the special start and when you turn on stand-up comedy you’re there to watch stand-up comedy. I don’t want to make someone have to sit through something.

CH: What would you say is the overall theme to Chris D’Elia: Man On Fire?

CD: It was just that we’re not special. That was theme. In this world we’re taught we’re an individual. I think it’s funny to take the opposite approach. People think that no one is like them but I’ve met plenty of people like other people [Laughs]

CH: One thing noticed about your work, you’ve branded the attitude of ‘not giving a F*ck’ in your style of comedy. What was the moment you’ve decided to stop caring as much?

CD: The more people get mad at the jokes I say because their offended is the more it drives me into that hole of not giving an Fuck. Because it’s jokes. My whole life is jokes. Wether or not it offends you, I’m trying to make you laugh so I can’t understand how someone would be mad at me for it.

CH: Do you have any thoughts on the recent headlines of comedians being called out for being offensive?

CH: You recently roasted the Fyre Festival, and have been known to roast people. Is there someone out there that you feel deserves a good roast?

CD: Kellyanne Conway. I’m not very political but political people come to mind. You know who would be a good sport about it is The Rock …. Don’t get me wrong I love The Rock but I think he would be funny about it…. That’s the one thing I loved about the roast I did with Shaq on it; he was the best sport. He was laughing about everything.

CH: Do you feel pressure to talk more politics these days?

CD: No It’s how I feel man, organic. If I think something is funny at the time I’ll talk about it. I don’t really have an agenda.

CH: Before you film specials, or do any big show; what kind of music are you listening to?

I always got to Tupac before stuff like that

CH: Kevin Hart is showing that comedian can even land shoe deals. If Chris was to do his own type of shoe, who would it be with?

CD: I love what Adidas is doing nowadays. Adidas or Nike have always been my favorite. I still have a soft spot for Reebok.. any of those companies…. It would probably be a lifestyle (shoe) thing, like an Air Max.

CH: Is there any entrepreneurs endeavors that you would consider getting involved with since many people entertainers often do?

CH: Being Italian American, how much is tradition still molded in you, like family?

CD: Yea man, I hired my dad (Bill D’Elia) to shoot my special. Family is everything. I love my family. We’re all very very close. They sometimes travel with me to do a gig. They’re the best. My dad my brother my mom, and even my uncle, aunts, and cousin. It’s really important to me. I’m lucky.

CH: You filmed Life In Year with Jaden Smith, and RZA on set. They both are known to say things that can blow people’s minds away. Was there anything discussed on set with them that had you like “whoa”?

CD: [Laughs] We kept it pretty friendly and professional. Nobody got too deep on set. We were shooting a drama so when anyone yelled cut we wouldn’t be goofing around. In the movie Cara Delevingne is dying of cancer. I’m used to doing comedy and joking around on set but that was pretty heavy. We tried to keep it light

CH: What’s the next move after the release of this new comedy special?

CD: I got a bunch of new material that I’m trying to iron out to do a loose new hour, and tour that for a while. Who knows. I done 3 hour specials now, and a half hour special. I’ve done a lot. That’s why Im happy I did this drama (Life In A Year). I’m happy to do different things but stand-up is where my heart is.

Chris D’Elia: Man On Fire is available now on Netflix.

Florida seems to be hip about the comedy scene as he has just released the visuals for new song Zillionaire. For the feature, Florida recruits comedian Chris D’Elia and several comedians at Los Angeles’s The Comedy Store. Chris does his best to explain what the Zillionaire life is all about. If you look closely you’ll see a few familiar faces.

We were further introduced to Chris D’Elia over a year ago as he joined the line-up of comedians who ended up roasting Justin Bieber on Comedy Central. Now as his Netflix project streams; Chris talked with the First We Feast network about his career, being Justin Bieber’s favorite comedian, Coachella. Oh and he answers all these questions while eating some really hot wings with host Sean Evans.